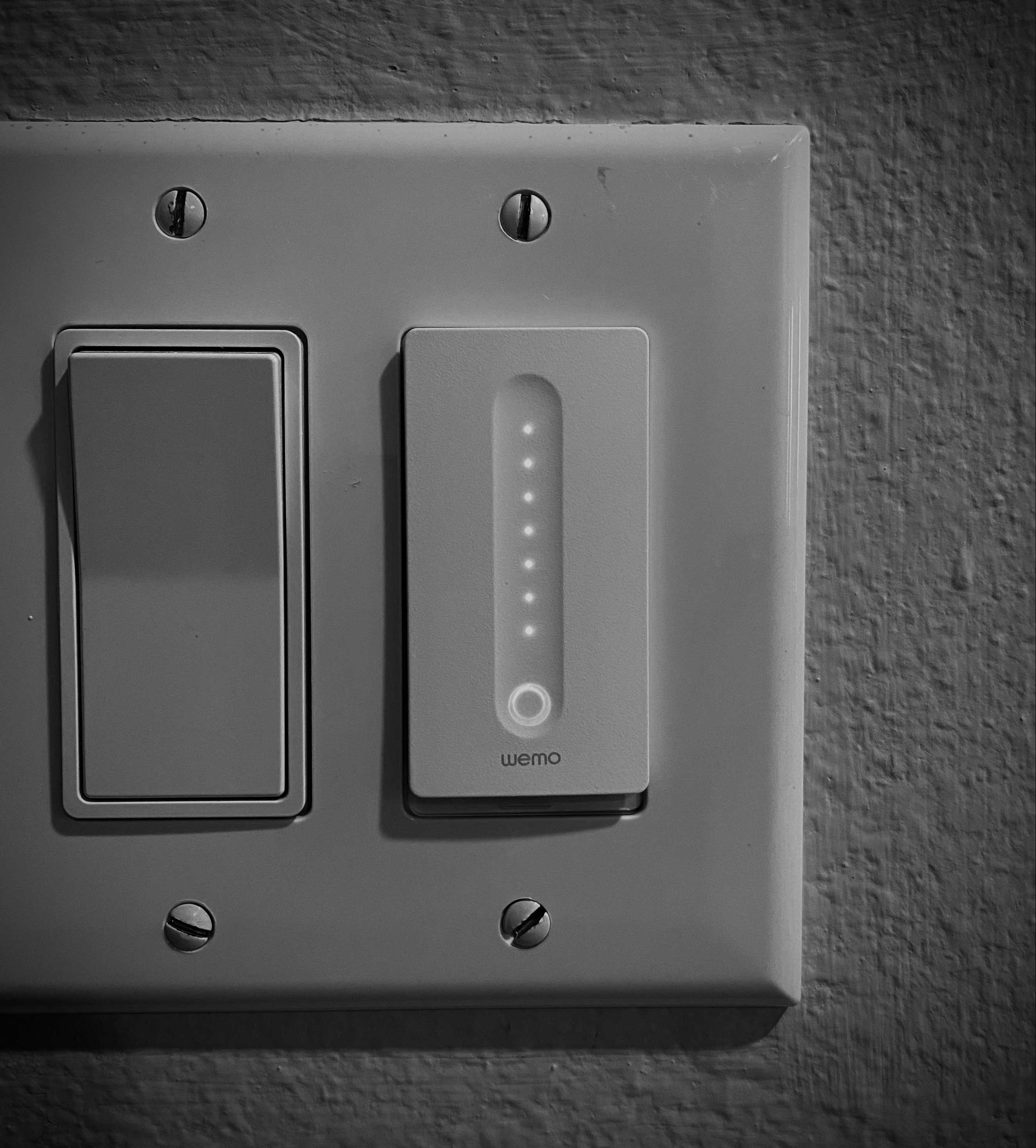 The Wemo Wi-Fi Smart Dimmer is an unassuming product. The vertically symmetrical switch has a matte finish that makes swiping across its touch strip pleasant (compared to a normal glossy light switch, meant for pushing not swiping). The indentation helps your finger find its way to the dimmer in the dark, and guides it as it slides along. The swipe control is necessary as the dimmer needs to be physically state-independent since the brightness of connected bulbs can be set via an app/voice control in addition to the dimmer itself.

The small array of white LEDs have a fun Knight Rider KITT-esque animation when the switch is toggled. The transparent plastic under the switch emanates light as part of the animation, and also doubles as a reset button for setting up the Wi-Fi switch. Pleasant. While the tactile feedback is great, the toggle switch employs a diveboard mechanism therefore it can only be pressed around the bottom 40% of the switch rather than anywhere on the surface. 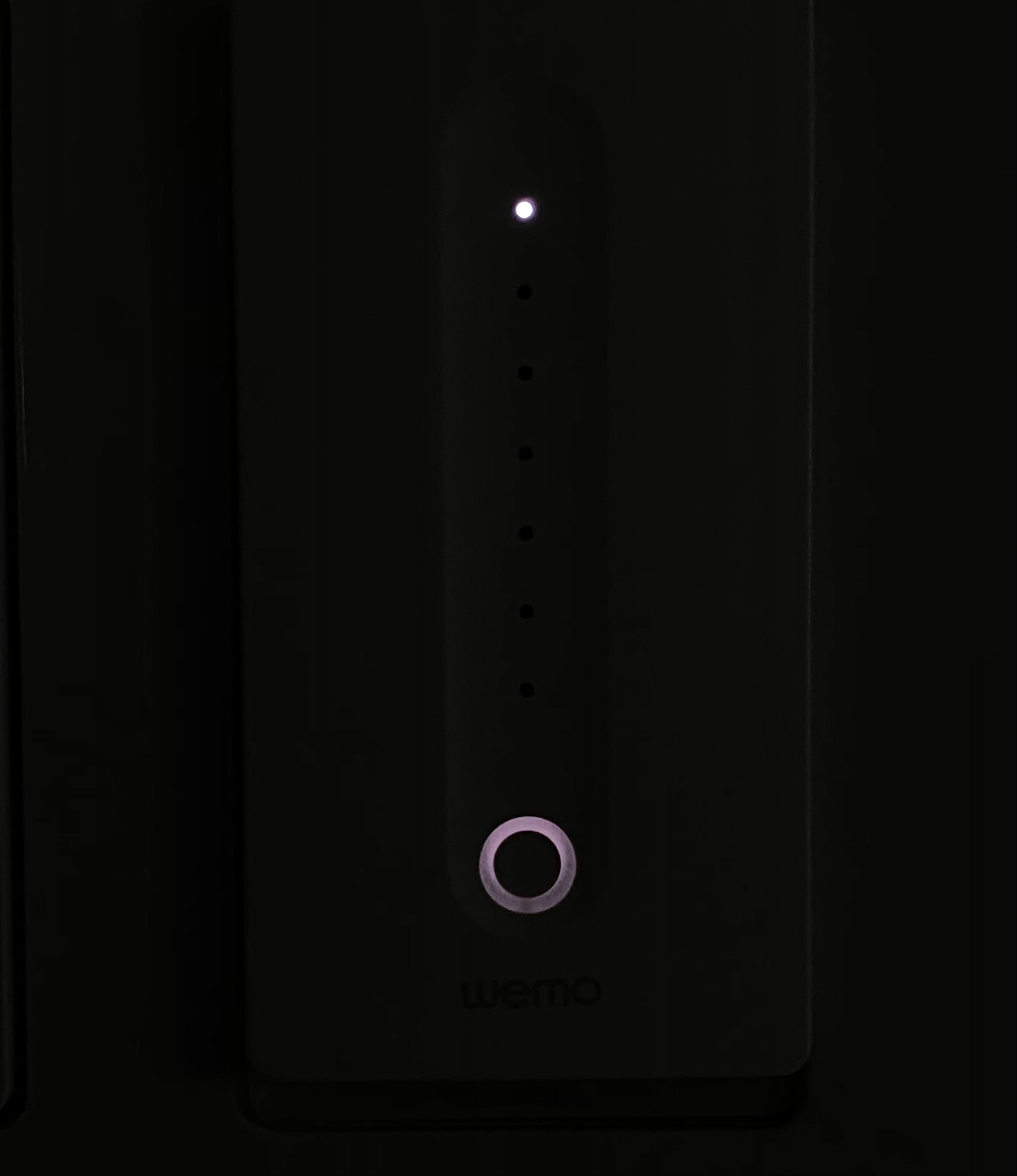 When off, you can see the set brightness level, were it to be toggled on, at a glance which is handy and plus, the indicator is helpful in pitch darkness where you just have no idea where the light switch is. Minor gripe is that the small circle under the indicator lights is not lit uniformly nor is it the same color temperature as them. 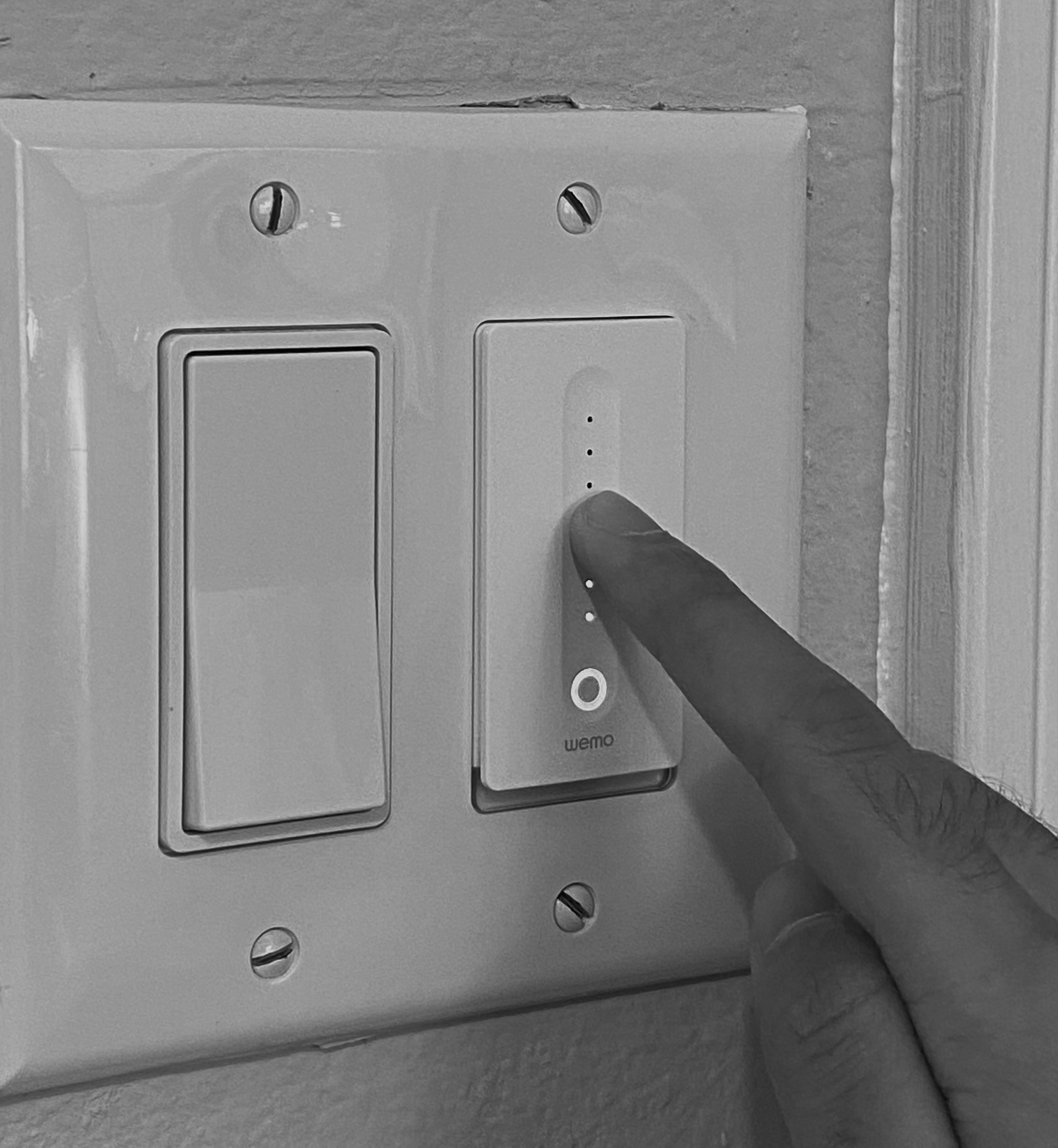 The biggest problem with the interaction between the user and the switch is the fact that swiping is a continuous process with extreme granularity, while the switch itself has a small discrete set of values it transitions between. You feel this disconnect and you see it in the room lighting as well as the indicator lights on the switch; where your finger has nearly infinite precision, the switch has 7 modes of brightness that it can relay to the lightbulbs it is connected to, and unfortunately it shows.

All in all, the Wemo Wi-Fi Smart Dimmer is a wonderful iteration on the humble light switch we use dozens of times daily. It's a joy to interact with due to its intuitiveness (something you would expect from a light switch) and high build quality, and there is no flaw that would prevent the dimmer from completely replacing the light switch as the new physical controller for the lights in your home.